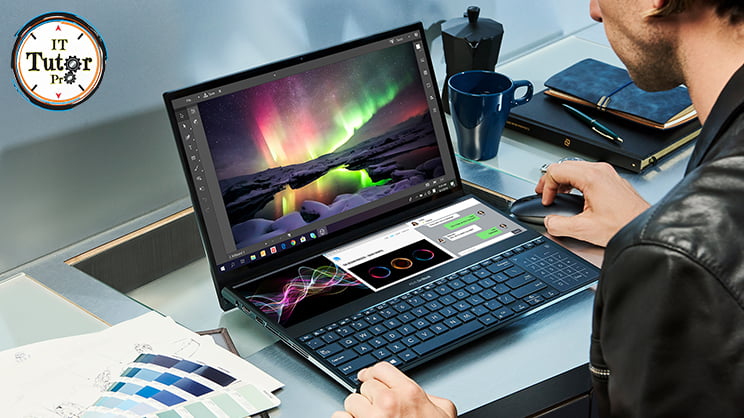 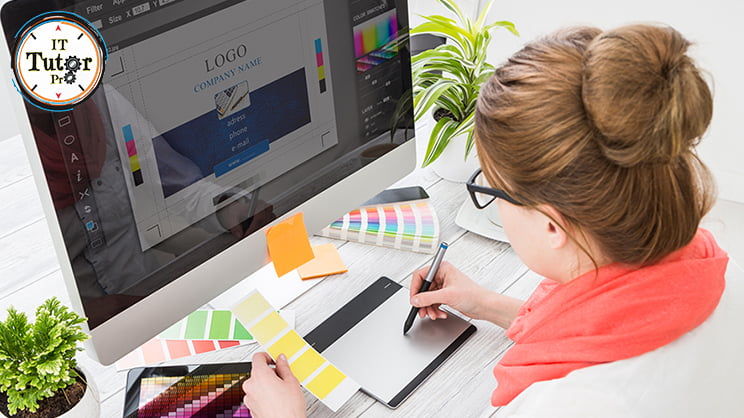 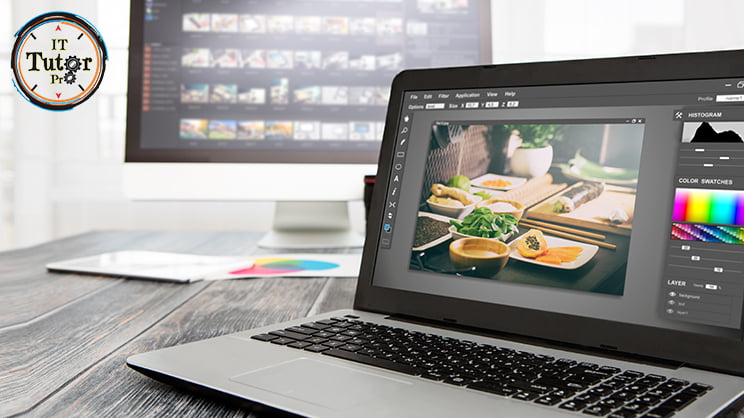 Adobe Photoshop is the industry-standard tool for digital imaging, which makes Photoshop expertise a valuable commodity in the workplace. Learning Photoshop is also a good way to learn imaging concepts. Concepts you learn from working with Photoshop apply to other imaging tools as well (including Photoshop Elements, which has a very similar user interface and features).

The purpose of this course is to introduce basic Photoshop features and concepts so that you can use the program effectively. By the time you complete this course, you should be able to use Photoshop to open files and import images, move around images using navigation tools, understand basic imaging concepts, do basic image editing and prepare images for print and online presentations.

Module 1: Tools and Effects in Photoshop

Adobe Photoshop is the predominant photo editing and manipulation software on the market. Its uses range from the full-featured editing of large batches of photos to creating intricate digital paintings and drawings that mimic those done by hand. Adobe Photoshop is a software application for image editing and photo retouching for use on Windows or MacOS computers. It is the most widely used software tool for photo editing, image manipulation, and retouching for numerous image and video file formats.

Adobe Photoshop is a software application for image editing and photo retouching for use on Windows or MacOS computers. Photoshop offers users the ability to create, enhance, or otherwise edit images, artwork, and illustrations. Changing backgrounds, simulating a real-life painting, or creating an alternative view of the universe are all possible with Adobe Photoshop.

It is the most widely used software tool for photo editing, image manipulation, and retouching for numerous image and video file formats. The tools within Photoshop make it possible to edit both individual images as well as large batches of photos. There are several versions of Photoshop, including Photoshop CC, Photoshop Elements, Photoshop Lightroom and Photoshop Express, a version of Photoshop for iOS with reduced features. Adobe Photoshop is available on its own as a subscription that includes Photoshop Lightroom, and as part of the larger Creative Cloud subscription.

Adobe Photoshop is a critical tool for designers, web developers, graphic artists, photographers, and creative professionals. It is widely used for image editing, retouching, creating image compositions, website mockups, and adding affects. Digital or scanned images can be edited for use online or in-print. Website layouts can be created within Photoshop; their designs can be finalized before developers move on to the coding stage. Stand-alone graphics can be created and exported for use within other programs.

Manipulating the color of an image.
Cropping images.
Repairing flaws, such as dust on the lens or red eyes.
Drawing on an image with a pen or pencil.
Adding text to images.
Removing people or objects within an image.
Organizing photos for quick access.
Publishing images online or send via email.

Adobe Photoshop can save or export images and graphics in a variety of file formats. These formats are used for different purposes. For example, images used on websites generally need to be small so they can load quickly; while images that are being included in a 3D product rendering may need to be of higher resolution and include additional details.

Some images may contain only pixels, while others may contain a mixture of pixels and vectors. A few file formats also use compression techniques to reduce the size of the image, and certain compression options intentionally discard data to make the file size smaller. In order to preserve all Adobe Photoshop features, including effects, masks, and layers the Photoshop file format (PSD) is used. 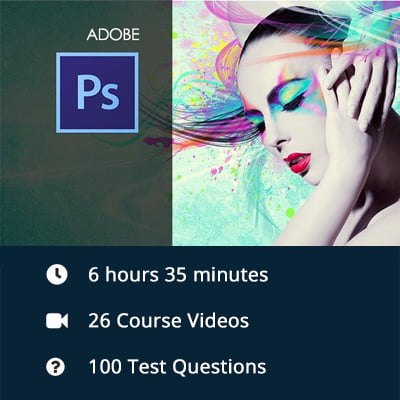 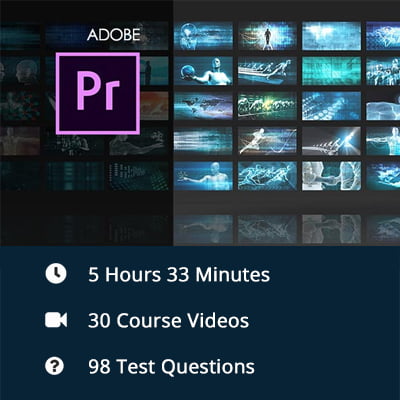 Adobe Premiere Pro is the industry-standard tool for timeline-based editing, which makes Premier Pro expertise a valuable commodity in the workplace. The purpose of this course is to introduce basic Premiere Pro features and concepts so that you can use the program effectively. This course covers core Premier Pro techniques in Photoshop Creative Cloud and […]
Buy Now
0 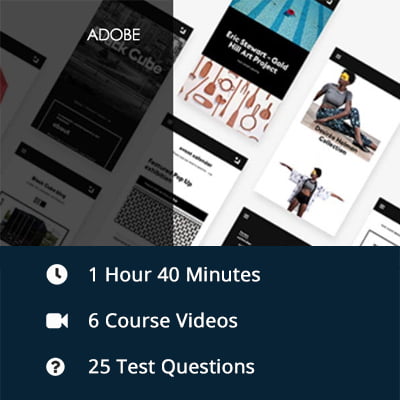 Adobe Behance is the leading online platform to showcase and discover creative work. The creative world updates their work in one place to broadcast it widely and efficiently. The platform allows users to showcase, discover and share creative work. Users will be able to build profiles consisting of projects and others can comment and work […]
Buy Now
0 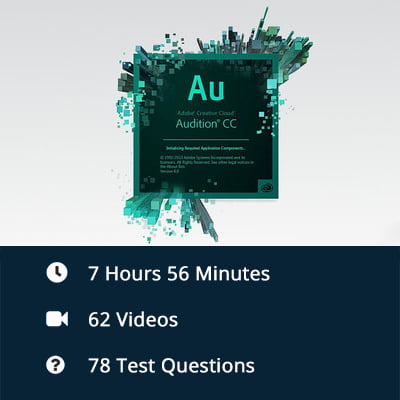 Adobe Audition enables users to elevate audio for amazing sound.  Audition is an all-in-one audio editing application and is one of the best audio mixing software programs. It is used by a variety of creators ranging from musicians and podcasters to video producers. It works seamlessly with other Adobe applications like Premiere Pro and After […]
Buy Now
0 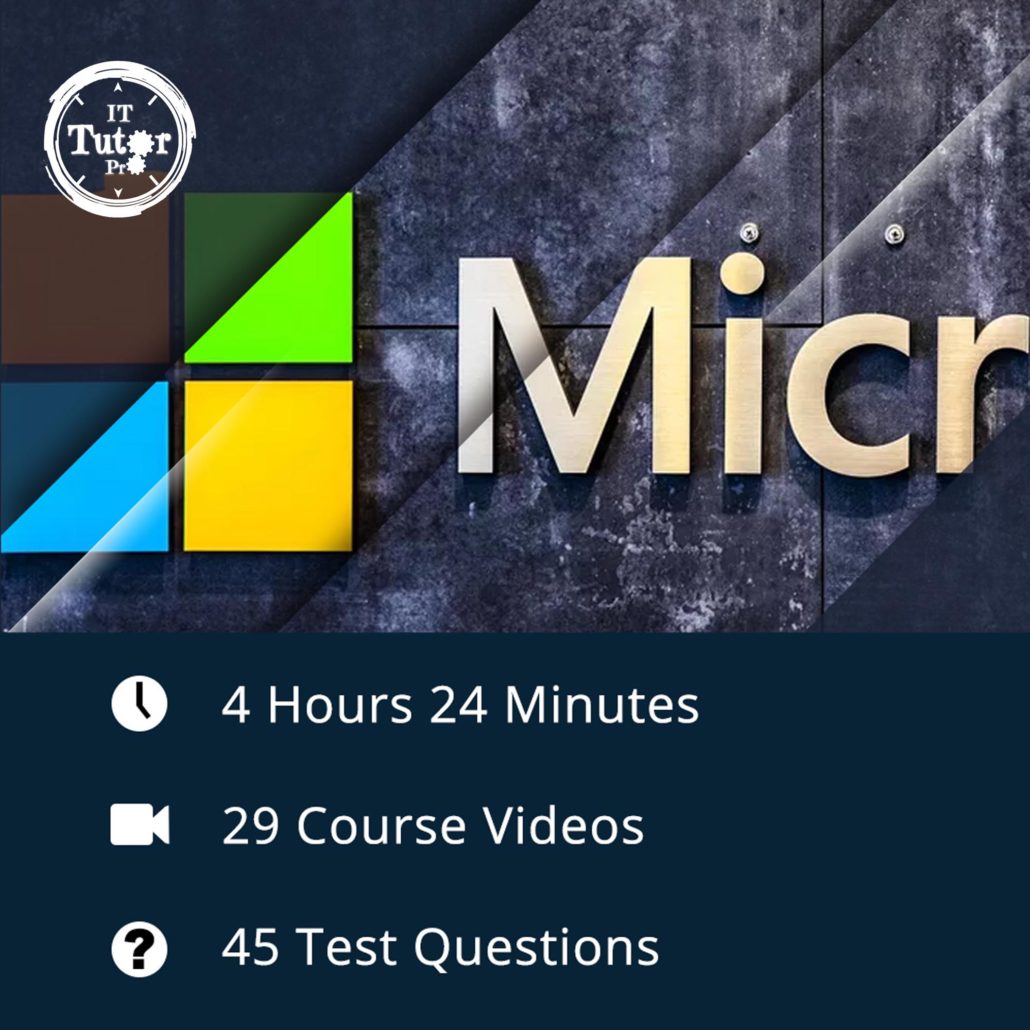