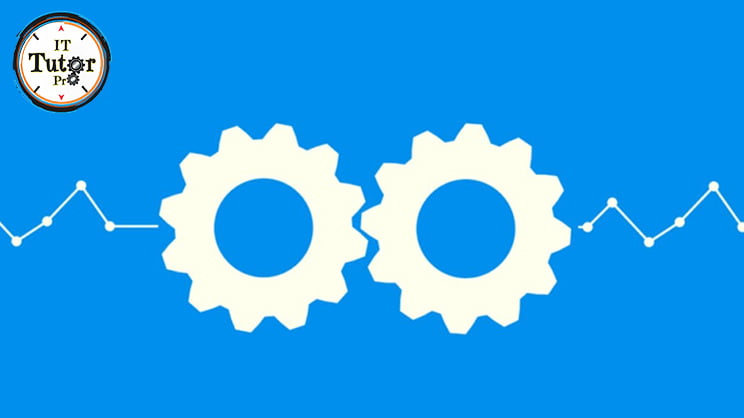 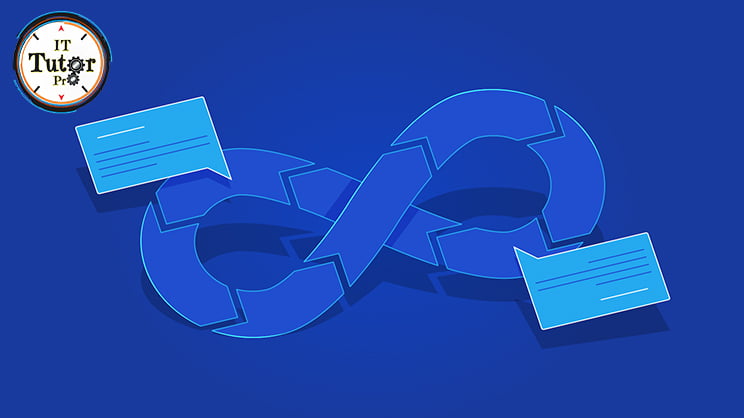 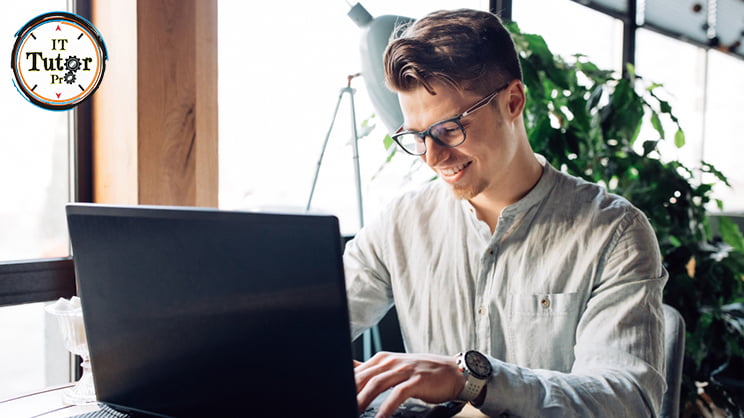 This DevOps Engineer Master’s Program will prepare you for a career in DevOps, the fast-growing field that bridges the gap between software developers and operations. You’ll become an expert in the principles of continuous development and deployment, automation of configuration management, inter-team collaboration and IT service agility, using DevOps tools such as Git, Docker, Jenkins and more.

What are the learning objectives of this DevOps Engineer Certification Program?

The DevOps Engineer Course helps you develop the key skills necessary to become a DevOps expert. You will master Configuration Management, Continuous Integration, Deployment, Delivery, and Monitoring using DevOps tools in this DevOps Engineer Training. The tools include Git, Docker, Chef, Jenkins, Puppet, and Nagios in a practical, hands-on, interactive approach. Enhance your understanding of the fundamentals of Agile and Scrum methodologies and gain knowledge of the two major cloud platform providers—Amazon Web Services (AWS) and Microsoft Azure with this DevOps Engineer Training.

The DevOps Engineer certification program is built around a structured learning path recommended by industry experts. You will get access to 120+ live, instructor-led, online classes conducted by trainers who are experts in the field. You also get access to 90+ hours of high-quality e-learning, real-life case studies, chapter-end quizzes, simulation exams, and a community moderated by experts as a part of this DevOps Engineer Course. Upon completing the requirements of the learning path successfully, you will be awarded the DevOps master’s certificate from Simplilearn.

Why become a DevOps Engineer?

DevOps Engineer topped the list of LinkedIn’s Emerging Jobs of 2020 India report. DevOps along with Agile is helping businesses increase their productivity, reduce the time to market for their products, and better Return on Investment (ROI). Evidently, more companies are willing to adopt DevOps practices and tools making DevOps Engineer a highly sought-after role.

A media company wishes to offer a website where users can upload photographs. Captions and titles can be added to the photographs. Thumbnails need to be created from photographs so that multiple images can be displayed on index pages. Customers can order prints of photographs on T-shirts, mugs, and other items. You will need to design, implement, and deploy part of the system.

The objective of this project as a part of the DevOps Engineer Training is to design and implement the business and integration tiers of this project. In the final system, image files and thumbnails will be stored in a file system accessible to the web server.

A library has a large CD collection which it needs to catalog. It needs to store information in a database and have a web front end. You will need to design, implement and deploy part of the system. The objective of this project is to produce a web application which implements the catalog. The information required for each CD is:

Each CD will also have a list of tracks containing the following information:

The starting point for this project as a part of the DevOps Engineer course is the code and instructions for exercise 8.7. Take a copy of the DevOps project from lesson 8 and rename the files from Monitoring to Library. You are only required to produce the web front end. The data manager can generate a hard-coded list of CDs rather than extract them from the database.

There is a requirement to be able to convert an integer into words. For example, 57 needs to be converted into “fifty-seven”.The objective of this project is to develop a method which can convert the numbers 1 through 999 to words. If you have time to extend the range up to 2 billion. The method needs to be developed using Test Driven Development (TDD). A standalone application is also required which reads a number from the keyboard and prints out its value in words or “Invalid number”. The program should exit when the user enters 0.

The application needs to be packaged as an executable jar file using Ant.

You were asked to put some downloadable materials to Amazon S3 so that your company’s customers all around the world can access them.
A month later, during a massive marketing campaign, the marketing team realized that using S3 is expensive and asked you to find and use a more cost-effective way to distribute the files.

Goals of the Project:

The Oscrop Corporation’s public-facing web app currently runs on an IIS web server at the company’s chosen ISP. Oscrop wants to migrate this web app to Azure. You must test the web app’s functionality by setting up a test Oscrop web app. An internal team will provide you with a test web app to deploy. You must ensure that they can continue to stage changes to the test web app before deploying those changes to the public-facing site.

The operations team at Oscrop currently uses a Microsoft SQL Server database to store back-end data for the web app on the company’s servers. You want to investigate the option of using Azure SQL Database to host this database.

The operations team is interested in monitoring the performance of this database in Azure.

Goals of the Project:

Who should take this DevOps Engineer Certification Training?

DevOps Engineer is a key role. This role is assumed by a leader or someone who is responsible for ensuring that the DevOps strategy is implemented in the end-to-end development of the product while bringing about a positive difference in the environment.

The DevOps Engineer Training Online is for those who seek to fast-track their career in the software development industry. People working in the following roles will benefit the most from the DevOps Engineer Course:

What important skills will you learn with this DevOps Engineer certification training?

What are the prerequisites for this DevOps Engineer training?

Candidates enrolling for this DevOps engineer training should be from a technical background and have a basic understanding of Linux, web development, and Java programming. They should also be aware of cloud platforms like AWS and Microsoft Azure.

Git and GitHub Training
Learn the basics of Git—a version control system (VCS), and understand how to set up Git in your system, list the three-stage workflow in Git, create branches and track files, create a repository in Git, GitHub and more.

DevOps on AWS
Simplilearn’s DevOps on AWS course is structured to build your understanding of both technologies using the advanced skills on CodeBuild, CodeDeploy, and CodePipeline to automate continuous delivery and continuous integration for your application. 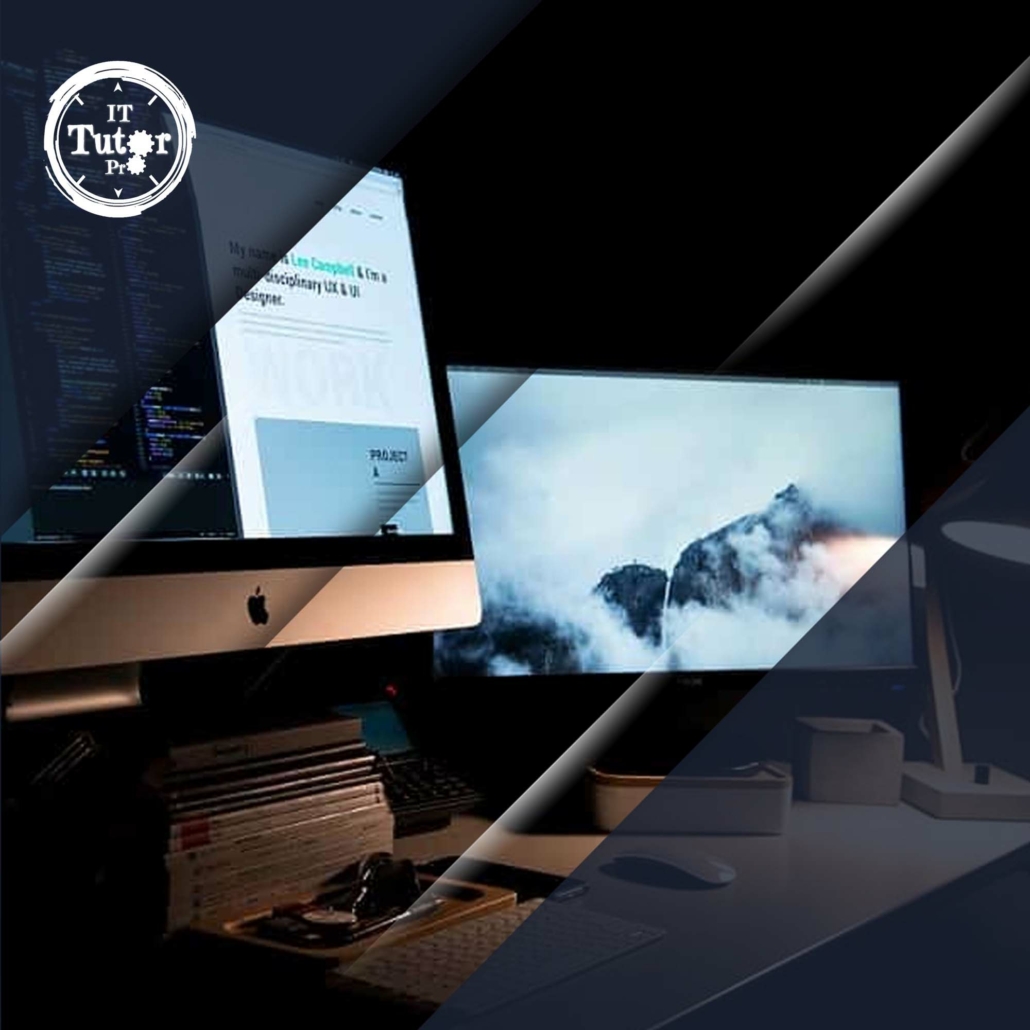 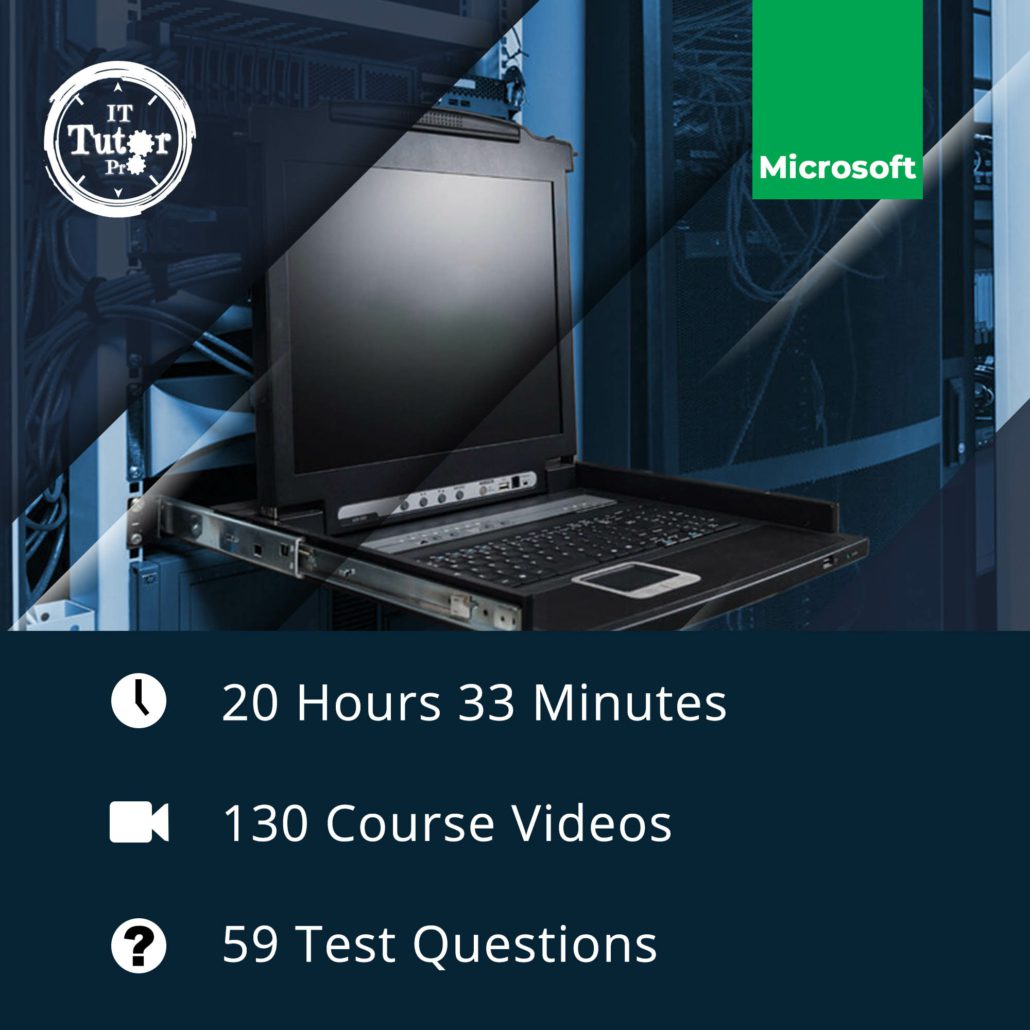 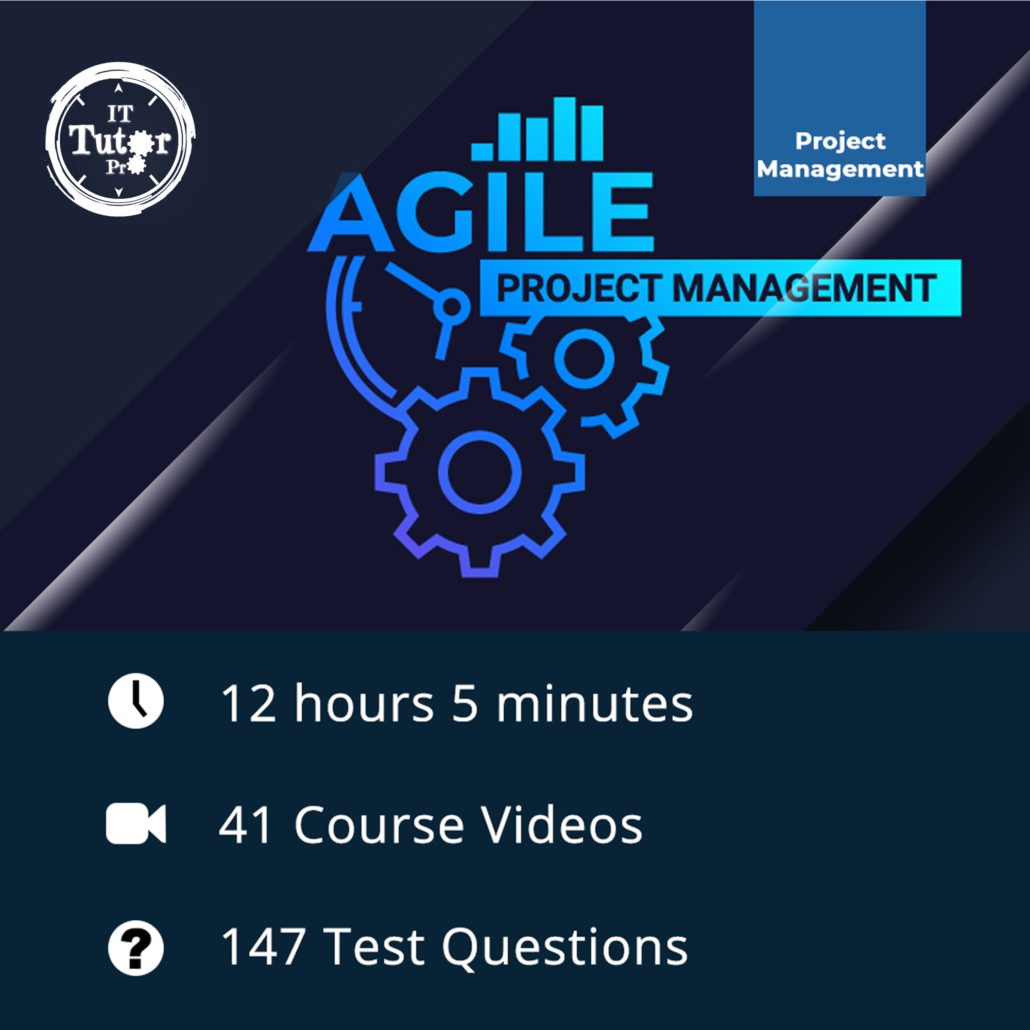 The Agile Project Management training course provides the basic of Agile with emphasis on the Scrum style. This course also provides the student a working understanding of how the philosophies and principles of Agile are used in successful projects. This course is intended for project professionals who are either using Agile principles in their work, […]
Buy Now
0 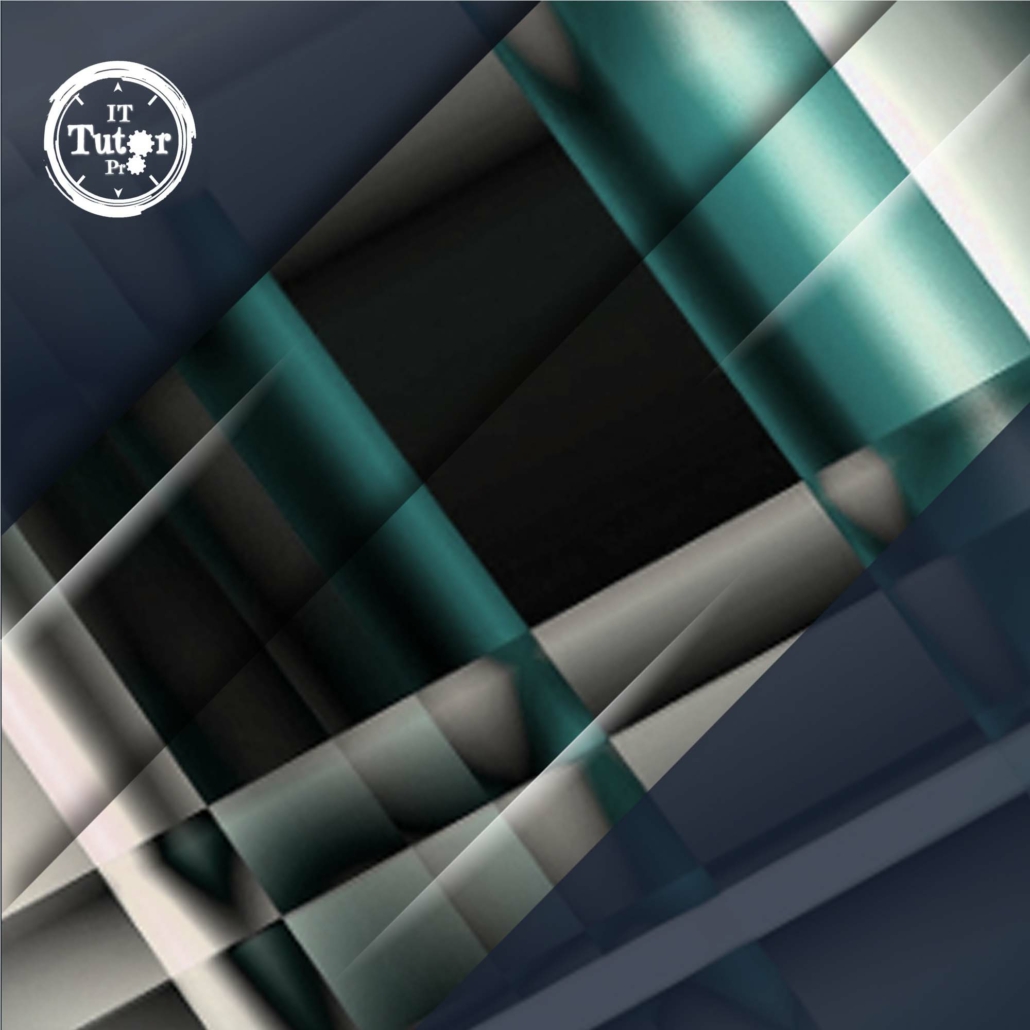 DevOps Certification Training Course Simplilearn’s DevOps Certification Training Course will enable you to prepare you for a career in DevOps, a fast-growing field that bridges the gap between software developers and operations professionals. Learn the DevOps tools and methodologies with this online DevOps training and excel for your next role as a DevOps practitioner. DevOps […]
Buy Now
0
Buy Now